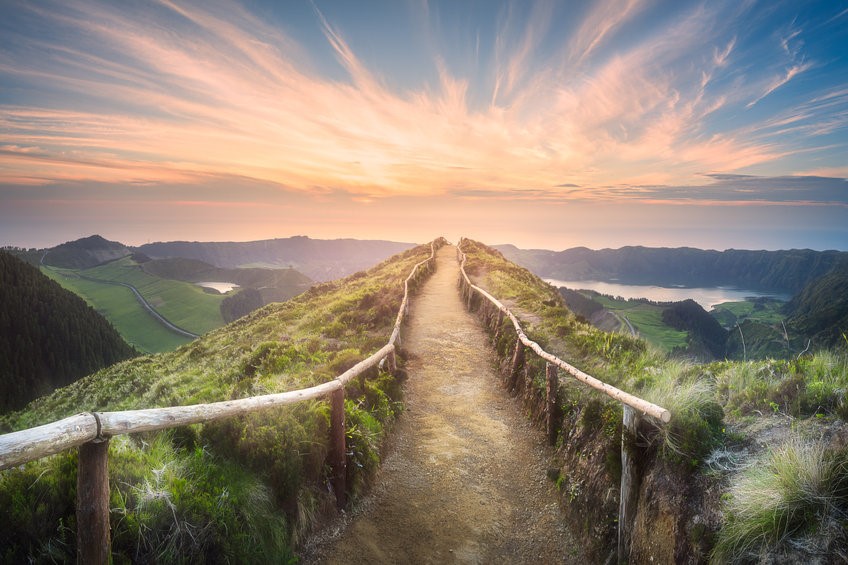 From Domination To Unitive Justice and Global Security

By Sacred Stories MPApril 28, 2022No Comments

Whether we like it or not, we are at the edge of a paradigm shift both in planetary resources and consciousness. What do you feel when you stand in front of the Grand Canyon? Do you feel small and insignificant, or do you feel awe? Pre-conscious civilizations felt small and insignificant, just like Putin and Xi want you to feel. However, people with conscious agency feel awe. They feel a part of something bigger than themselves. –Geoffrey Newton

Most likely, there are moments when you feel, at least on some level, that the world is shifting before your eyes. But as I wrote in the opening of my recent book, Global Unitive Healing, we have no maps of what this shift is about and so it does make us feel small and wanting to just shut it all out.

A sense of conscious agency is not something most of us grow up with. We are mostly raised to focus on the material aspects of life and on group belonging. Conscious agency awakens within us when we see a bigger reality and realize that there are things we care deeply about. Ukraine is a great example. Ordinary people occupied with their ordinary lives awakened overnight to a sense of country, of justice, of right and wrong, and demonstrated unexpected heroism. Their President, Zelensky, became a symbol of the determination to stand for justice and to resist violent domination. In a similar moment of awakening, a young woman, Xiye Bastida, realized that she cannot just live her teen life and assume that she will have a future. She realized that it is up to her and her peers to raise their voices in protection of a planet in danger and organize for climate justice, guided by indigenous wisdom on living in harmony with the planet.

These profound awakenings to conscious agency, occurring and spreading now rapidly across the planet, meet a prevalent old-world paradigm of domination and encounter forces that push back against any idea of more rational governance. In the case of the youth movement for climate justice, despite their popularity, they were still not taken seriously at the COP26. By the time it was Xiye Bastida’s turn to address world leaders at the United Nations, all the Heads of States had left the room. Clearly, what youth have to say about the planet they are inheriting is still not central to decision-making. In the case of Ukraine, what began as heroic resistance in the name of justice, is increasingly reframed as a confrontation between two world powers, Russia, and the United States, via Ukraine.

In both examples, we see on old-world paradigm of domination and short-term interest either maintaining a concrete ceiling over movements for change or hijacking aspirations toward justice into familiar power struggles. One would have to look more deeply into the processes at hand to see emergent horizons of possibility. Each of us faces that choice – to become paralyzed or to see further ahead and to awaken to conscious agency.

If we choose to awaken, we recognize that the material progress, which has been the focus of the current predominant worldview, has not been matched by spiritual and ethical advancement. As a result, a limited material interpretation of life has left people jaded and reduced to fundamentally hopeless and self-preoccupied existence, with nothing meaningful to tell our children.

No matter how disillusioning the circumscribed political thinking of leaders may be, it is not a sustainable position to simply ignore the larger reality we are living and bury ourselves in our interpersonal worlds. Because larger reality penetrates every corner of our lives, whether we want it or not – it is the air we breathe and the context of everything we do. So conscious agency is still the only rational choice. But conscious agency toward what? Which of the many causes is one to embrace?

As I think about what underlies both the climate justice movement and the democratic aspirations of countries and groups, it is that same longing for justice which has always moved human civilization forward, despite its many failures. And at each stage in history, forces of injustice clashed with the forces of justice, and when things became grim, a new level of organization emerged – more inclusive, more coherent, and more collaborative. We are at this point again.

What is justice about at this stage in our collective development? Is it about national security and economic interests, around which current policies center? Or is it about human security – a comprehensively just organization of governance that makes life safe for everybody?

If we listen deeply to the voices across the planet, we hear a rising call to protect the spirit of life, the viability of a living planet and the dignity of every human being. I described it in my previous essay as spiritual justice – which treats every living thing with the respect its spirit deserves. It unites everyone in the circle of life, in the way indigenous people understood, while it also allows for the full diversity of various systems and cultures around the world, as well as protecting biodiversity.

Such justice is unitive in nature. It brings people together and leads to unitive healing for all. Without unitive justice there can be no human security.

This may seem utopian vis-à-vis the powerful forces of domination still at play, both economically and politically. But if we look back in history, we see that every next stage in the movement toward greater collective justice seemed utopian before it became reality. A simple example is the existence of the United Nations, which, for all its imperfection and current paralysis, is without parallel as a structure to engage the nations of the world, to express the common will of humanity, and to organize massive humanitarian assistance. The first effort at such an entity, the League of Nations, failed after 25 years of existence. The second has prevailed and made a huge difference in the past 75 years. Now it is time to reform it in a way that allows it to truly protect a common ethic of justice. And already there are viable proposals for the establishment of a second chamber of the General Assembly, akin to a world parliamentary assembly, where representatives are directly elected and in a much better position to express the aspirations of people and not just governments. As was discussed at length in a recent document, titled A Governance Befitting, released by the Bahá’í International Community on the 75th anniversary of the United Nations, such a restructuring, including reform of the Security Council, will enable familiar patterns of paralysis and deadlock to give way to a more decisive response to the threat of conflict.

Imagine if such a capacity was already in place. Would we be witnessing today the war crimes, the crimes against humanity, and the crimes against history currently committed in Ukraine? Would Ukraine have to rely on the United States for support, which creates confrontation between world powers and threatens to escalate into atomic conflict? Or would it have the protective and decisive response of a United Nations fully empowered to fulfill its mandate, curtail violence and corruption, and stand for peace and good governance?

In a way, the April 26 gathering of delegations from 40 allied countries in Germany to consider a more united response to the escalating threats from Russia’s authoritarian and violent regime is a discernible step in the direction of the emergence of a rational, united, and firm global response to unilateral aggression. It is conceivable that it may lead to the restructuring of the United Nations to fulfill that role.

While these harrowing processes are under way, will we resign ourselves to concluding that such a vision is utopian, and we might as well carry on with our lives? Alternatively, how can each of us participate in bringing about unitive justice in the current context in which we are living?

We can step away from the dualistic and divisive, for-or-against public debates. Even though many see the ascendance of extremist isolationist views around the world as a sign of the end of the Age of Democracy, and are inclined to believe that the average person in Russia, the U.S., Britain, India, and other places no longer wants “the heavy burdens — moral, intellectual, social, political — that democracy, and its values of freedom, truth, justice, and equality come with”, we do not have to buy into such a hopeless vision of humanity. It is certainly true that in ordinary life people are generally not encouraged to think deeply about choices and consequences; and hence may be inclined to hold on to a past order, familiar, even if not particularly elevating, in the place of the prevalent chaos and uncertainty. But that need not imply disrespect for others. Rather, it is an opportunity to educate and uplift, and to elevate our vision of what is possible.

We can choose to speak in more unitive terms and to educate people around us about what is possible along the path of unitive justice. We can familiarize ourselves with the work of the Global Security Institute, the Global Governance Institute, and the Global Governance Forum and consider ways to support those aspects of their initiatives that we relate to. We can also familiarize ourselves with the work of the B Corporation which is creating a wave of moving for-profit companies away from corrupt self-interest at all costs and toward social and environmental responsibility. We can use our social media to spread the word, change the conversation, and educate others. We can harness the energy of our youth into creating social media movements that support the above.

When the human spirit – that essential quality within each of us that seeks meaning and aspires to transcendence – is engaged and activated around shared universal values such as the eradication of poverty, and the creation of a planetary society as spiritually and ethically advanced as it is materially advanced, there are no limits to human creativity. 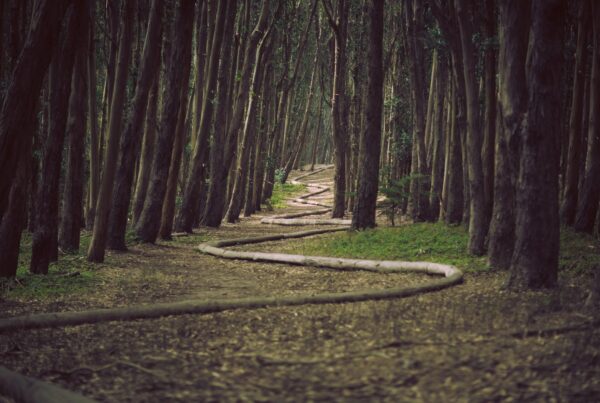 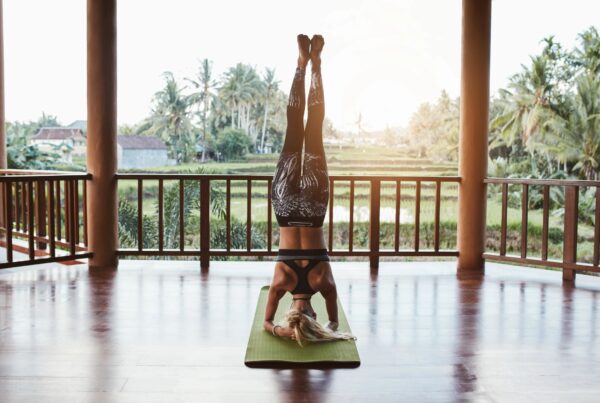 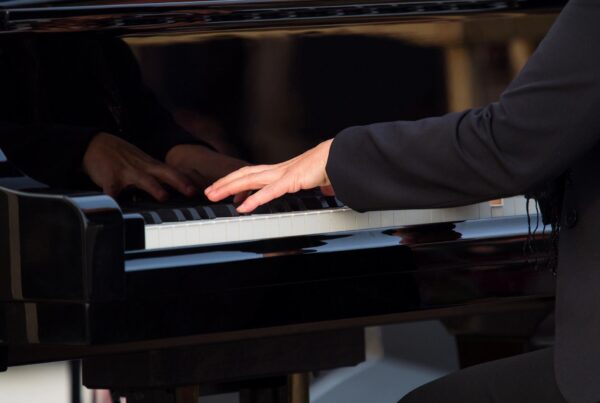