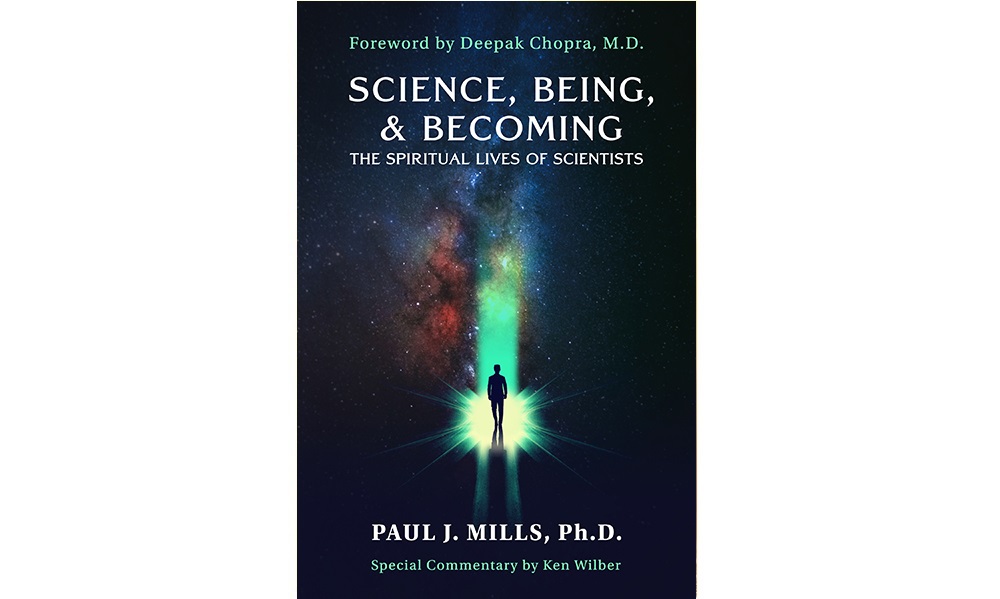 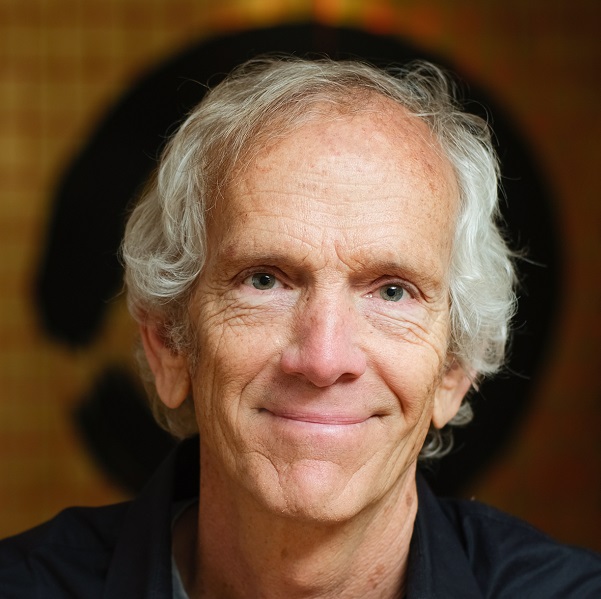 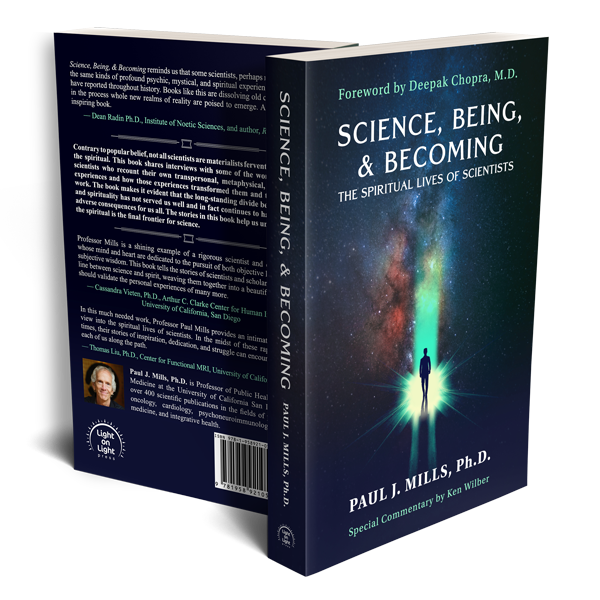 Science, Being, & Becoming shares interviews with some of the world’s foremost scientists who recount their own transpersonal, metaphysical, and mystical experiences and how those experiences transformed them and their scientific work.

Spirituality is the Final Frontier for Science

Contrary to popular belief, not all scientists are materialists fervently discounting the spiritual. Science, Being, & Becoming is about the spiritual lives of scientists, their actual transpersonal, metaphysical and mystical experiences. The book’s material is derived from intimate interviews with over 30 scientists as they describe the circumstances under which they had the experiences and how those experiences changed their consciousness, transformed their belief systems about the nature of the world, and changed their scientific work.

This groundbreaking book makes it evident that the long-standing divide between science and spirituality has not served us well and in fact continues to have significant adverse consequences for us all. Fortunately, many scientists no longer recognize that divide and are helping science to now fulfill its intended promise to discover and understand all of life, including our deep spiritual nature.

The book is an invitation to the public, to citizen scientists, and to professional scientists to reject the materialistic worldview of modern science, which despite the many technological advances it has provided us all, has supported the worldview of duality and separation amongst peoples and with the earth.

In addition, in the opening Special Commentary, Ken Wilber shares his integral wisdom about the coevolutionary development of our spiritual and human natures.

In the Foreword, Dr. Deepak Chopra sets the stage for the book with his discussion of science, scientists, materialism and the spiritual.

The book describes a new path to embrace, one with the perspective of the unity of our existence and to embrace the path of consciousness development. The book’s vision is that science will eventually fulfill its promise and become an instrument to help support the spiritual awakening of humanity and bring to fruition the vision a more harmonious life here on the earth.

The stories in this book help us understand that the spiritual is the final frontier for science. 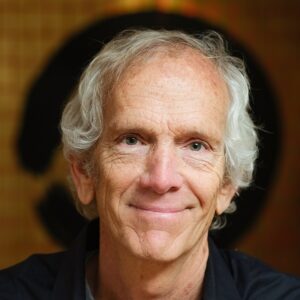 PAUL J. MILLS, Ph.D. is Professor of Public Health and Family Medicine, Director of the Center of Excellence for Research and Training in Integrative Health, and Former Chief of Behavioral Medicine at the University of California San Diego in La Jolla, CA.

He has over 400 scientific publications in the fields of pharmacology, oncology, cardiology, psychoneuroimmunology, behavioral medicine, and integrative health. He published some of the earliest research on meditation.

His work has been featured in Time magazine, The New York Times, National Public Radio, US News and World Report, Consumer Reports, The Huffington Post, Gaia TV, and WebMD, among others. He’s presented his work at hundreds of conferences and workshops around the world, including at the United Nations.

Click HERE to read an excerpt of Science, Being, & Becoming.

Science, Being, & Becoming dismantles the fallacy that scientific investigation and spiritual exploration are at odds, instead illuminating them as two sides of the same coin. I am moved by the insights and the courage of Professor Mills and those academics and scientists who have shared their experiences and revelations, which beautifully express that what we are on the inside – mind – and the ultimate reality of the universe on the outside – matter – are one. – Rupert Spira, author, The Nature of Consciousness: Essays on the Unity of Mind and Matter

The artificial barrier between the realm of science and the realm of spirit is long overdue for demolition. Paul Mills, who treads easily in both domains, makes a major contribution by shifting the focus from belief, assumption, and dogma to the more revealing, and scientifically fruitful, area of direct experience. This important book is a corrective to prevailing misconceptions; scientists and spiritual leaders should read it to one another.  – Philip Goldberg, author, American Veda: From Emerson and the Beatles to Yoga and Meditation, How Indian Spirituality Changed the West

This book is a rare and engaging account of the spiritual transformation of the scientific mind, writ large on the one hand but also very much from the inside as well, from the “horse’s mouths” of the author and his interviewees and commentators as well.  They point the way to a tremendously expanded and bright potential future for science as it begins to embrace spirituality and consciousness.  As Deepak Chopra says in his introduction, “rationality is not the enemy of awakening”. – Thomas Brophy, Ph.D., President, California Institute for Human Science, Encinitas, CA

Scientific method, inspiration, consciousness — all of them work together to bring scientists to the point of discovery and sharing their work with responsible and ethical methods. There are a lot of books about science and scientific inspiration, but this is the only one that delves into how mysticism and consciousness within the scientific community influence the gifts that community can bring to the world. Bravo to Dr. Mills, consummate scientist and mystic, for this mighty contribution! – Julia Mossbridge, Ph.D., Co-Founder, The Institute for Love and Time

Dr. Paul Mills’ collection of life stories of scientists passionate about spirituality is a gem. If scientists are weird, spiritual scientists are even more bizarre, and we get to understand this rare breed better. Science and spirituality are opposite, right? In this collection of stories, Paul shows us that it is not the case. Spirituality and science can and do co-exist harmoniously, and as surprising as it is, science, as a method, may be used to pursue spiritual goals. – Arnaud Delorme, Ph.D., Swartz Center for Computational Neuroscience, The University of California, San Diego, La Jolla, CA; Institute of Noetic Sciences, Petaluma, CA

Professor Mills brings us back home to the questions that drive our curiosity as human beings and our authentic endeavor to know and understand ourselves, one another, and this grand dance of integrally interdependent life in which we are partaking and co-creating. Paul inspires us to envision the boundless possibility of our collective being, this remarkable planet, and our capacity as an integrative whole. This book honors the masters of both science and spirit that have come before and that are with us at present. It also welcomes us into the lineage of life inquiry to enact their tools and methods to cultivate an all-encompassing manifestation of love and realization that infuses innumerable future generations to come. – Tawni Tidwell, T.M.D., Ph.D., Center for Healthy Minds, University of Wisconsin, Madison, Madison, WI