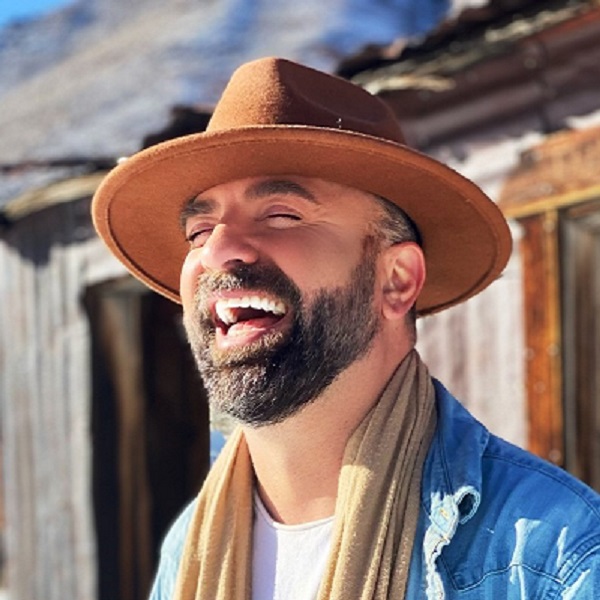 Ash was recently revealed to be the legitimate love child of Carmen Miranda, Prince, Rumi … and your own precious lil’ heart. Having performed in his teens for millions of screaming fans across the planet with Latin-sensation band, Menudo, Ash then dove off the top of Machu Picchu into an intense period of open awareness and self-inquiry among the shape-shifting shamans and their wondrous means of dying deep in the Amazon Rainforest.

Emerging with a faint note of jungle essence on his breath, his eyes washed clean of descriptive frameworks, he began to sing the song of effortless wholeness.

For the next 17 years, Ash ceaselessly downloaded brilliant, Rumi-esque songs which became the lifeblood of “conscious music” band Here II Here. Ash’s peace-promoting lyrical wizardry – and open fondness for the occasional chocolate-chip cookie – continues to inspire countless thousands of fans worldwide to live and celebrate the beautiful perfection of their authentic self.

With an intensely vivid clarity spiked by constant spasms of rolling laughter, Ash’s workshops, talks and music have been featured at The United Nations, on ABC’s Good Morning America, and in large spiritual communities and performance venues throughout the World. He has shared the stage with Deepak Chopra, The Oracle of Tibet, Neale Donald Walsch, Byron Katie, Ravi Shankar, Adyashanti, Gangaji, Rev Michael Beckwith, Don Miguel Ruiz … and now he is here, delighted to be of service to your ever-opening heart, on your adventurous freefall into vivid clarity.